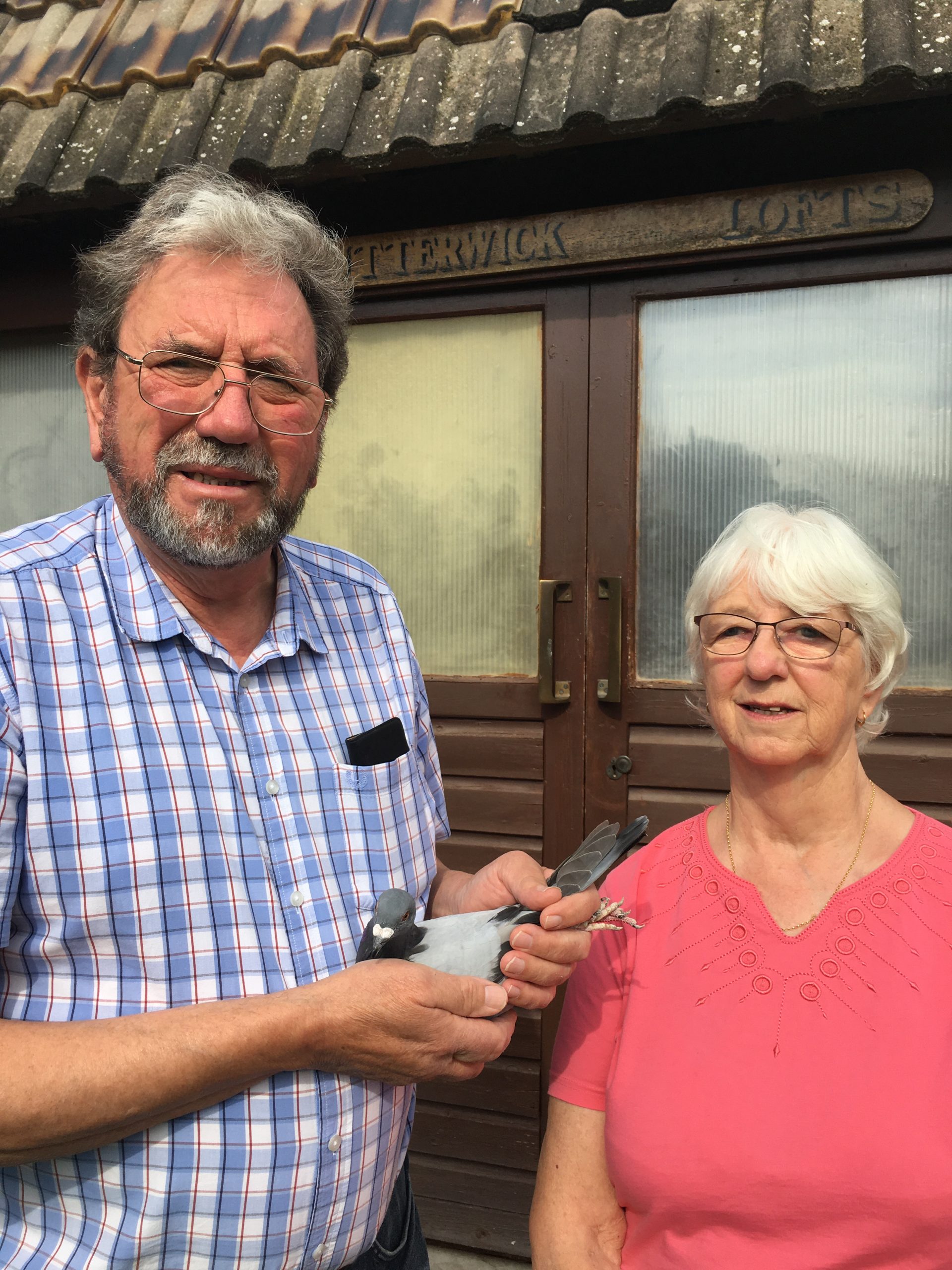 The last NRCC race of a shortened season from Dunbar was held on 12th September 2020. It featured 1148 Young Birds sent by 88 members and they were liberated by our convoyers Darren Shepherd and Mervyn Greatrix at 7.30 in a Strong West South West wind.
It turned out that this race was a very close call at the top of the provisional result.
On top of the list for several hours was D Perry & L Gardner with Mr & Mrs B Garnham a very close second.
Upon checking the hours, minutes and seconds of their arrivals the velocities were even closer together. It was decided not to confirm a race winner until the clocks had been struck off at the relevant clubs that evening.
After the race secretary had confirmed the setting times, checking times and pigeon times the calculation was done again and it was confirmed that the top two birds were to be reversed giving Mr & Mrs B Garnham the win by still the narrowest of margins. The correct velocities are as follows:- Mr & Mrs B Garnham 1396.323 and D Perry & L Gardner 1396.288.
Although congratulations go to Brian and his wife Angie commiserations must go to Darren Perry and his partner for being a very close second.
As usual there were commendable performances throughout the various sections with all sections timing birds by around 4.00pm in the afternoon.
Section winners as follows:-
A – P Crooks
B – S Betts & Son
C – Mr & Mrs B Garnham
E – Mr & Mrs N Shepherd
F – Mr & Mrs O King & Sons
H – J Purton
I – A P Neal
The NRCC also organised an Old Hens race to run in conjunction with the YB race in which 23 members sent 108 birds.
The undisputed winner of this race was Mr & Mrs D Evans who are making this race a speciality of theirs. Their yearling hen being timed in in just over 4 1/2 hours to cover the 218 miles and was the only bird on the day to make over 1400 ypm. Well done Pat & Dave.
Section winners as follows:-
A – J Parker
C – Mr & Mrs D Evans
F – R Hughes & Son
I – Mr & Mrs R & P Smith