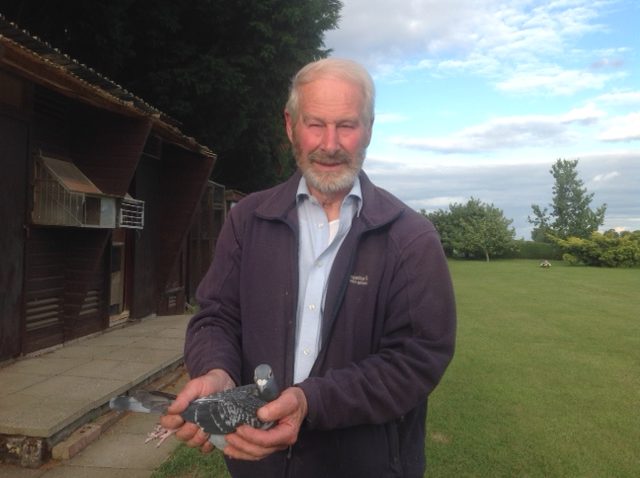 The second NRCC race of the season from Thurso sponsored by PJ Lofts turned out to be a very hard race.

After a one day holdover the birds were liberated by our convoyers Darren and Merv at 6.15 on Sunday 26th July 2020 into a light South East wind turning south west on route

The first verifications came through on the clubs own libline service around teatime and the fourth verification received turned out to be the provisional and now confirmed winner is Terry Winterton who flies from his home in Holbeach Fen.

Terry who is an active committee member and is always knocking at the door in the NRCC races.  Two years ago he won the NRCC Old Bird Averages and has a string of section wins to his credit and has been twice second Open in the Kings Cup race from Lerwick and first Open Perth.

His record in the six years from Thurso Terry has scored 2nd, 3rd, 9th, 11th and 3rd Open so I am sure you will agree it wasn’t going to be too long before he knocked the door down!

Terry had been flying from Driffield in the morning with the Peterborough and District Federation from Driffield and while waiting for his Thurso arrivals a youngster dropped from that race, while letting the youngster in he heard the awaiting hens in the widowhood loft so went over only to find he had missed his arrival who was enjoying a well earned drink while Terry was seeing to his youngster.

The winning bird had been on the wing for almost 11 hours and flew the 425 miles to the Lincolnshire loft and was timed at 17.09  to record a velocity of 1145 ypm.

He is three year old dark chequer cock bird flown on the classical widowhood system and in the first race of this short old bird tour topped the federation and as well as winning the NRCC will also top the Peterborough federation for good measure too!

The birds were paired up the first week in February allowed to rear a youngster and then they are straight on the widowhood sytem, some may rear two youngster while the others will just have one as terry moves things around a little ensuring not to tax the birds too much. Because of the situation this year and the late start Terry did leave the birds separated but only exercised them once a day and then went on to have every race with the federation and the NRCC Arbroath race.

It is also worth noting the Terry had two other birds that have finished 17th and 18th Open in this very tough race and as Ian pointed out to me a special mention should also go to M Harrod of Lowestoft whose bird was timed at 18.57 to fly over 470 miles and takes 4th open velocity of 1087 ypm.

In closing Ian said that ‘overall verifications were steady right up to dark with most sections recording pigeons. The next day saw poor weather conditions with low cloud and rain but it did not stop the birds reaching the further points of the NRCC.’

There are some excellent pigeons featuring in the Thurso result so please send me a picture and info on your section winner to info@nrcc.org.uk